You know how sometimes you make a decision and then later you question it – if not completely change your mind about it? It’s a feeling we’re all familiar with, whether we admit it to ourselves or not. But there’s one decision I made so long ago I can’t even remember it that I have never – not once – questioned. In fact, I don’t even think it was a decision in the first place.

I am childless by choice.

I come from a loving home. I was raised by two incredible parents and grew up with two fantastic brothers. My mother, at one point in her childhood, wanted to have nine children of her own in order to field a baseball team. One of my brothers has a son to whom he is utterly devoted. The other brother started working part-time in a preschool recently and he’s so well-suited to it that it’s almost as if it’s his calling.

I, on the other hand, never liked babysitting and can remember very few kids growing up that I was drawn to. To this day I feel like I don’t “get” 80% of kids (if not more), and the ones who do seem to be on a similar wavelength to me are still fascinated by things I don’t understand. Plus, they all exhaust me.

But rather than it being a decision I made somewhere along the way, a decision to not have children of my own, it feels like it was something I was born with – just as I was born with the wiring for brown eyes, olive skin, and heterosexuality. To have gone against it and had children, which (let’s face it) is still the expected thing to do, would have been so counter to my being that it would have been like pretending to be a lesbian.

Whenever I hear about how my mother’s parents were with their two kids, I think they would probably have fared better had they lived in a time when being childless by choice was an acceptable choice – but in the 1940s it just wasn’t something that was done. Every time I think about them, I’m thankful to live in a time when I’m allowed to be an adult and not have or want kids.

Many years ago, a friend of mine who was also childless by choice lamented the fact that even in a time when saying you don’t want to have kids is technically acceptable, people still tend to say, “Oh, why not?” or “Are you sure?” Her feeling (and I mostly agree) was that having children was such an enormous responsibility that it was the people who do want kids who should have to answer “Oh, why” or “Are you sure?” – and not the other way around.

I don’t want to sound like an awful or heartless child-hating person. I love my niece and nephews, even if I don’t “get” them. I don’t much care for kids’ games, although I do love to sit and read to or with kids. I’ll admit that when I see children misbehaving or being unruly I do kind of wonder why they can’t be controlled, but I’ve heard from friends who I think are stellar parents that they thought the same thing – until they had their own unruly kids.

The bottom line is that kids are all more or less alike in that they’re all a little unruly. They’re all a little wild, a little bit testing their boundaries (and their parents’ limits), and a little bit uncontrollable. It’s part of growing up, of figuring out one’s place in a grown-up world. I know all of that. And I also know I’m not equipped – mentally or physically – to deal with it.

And to those who say – and who have said, many times, over the years – “Oh, you’d feel differently once you had your own,” I say this: I will not have my own. I may very well think kindly of my own kids, love them, nurture them to adulthood, and like some aspects of parenting.

But I will not have my own. And for that I am thankful. Just as I’m thankful for my brown eyes, my brown hair, my olive skin, and my affection for the male species that brought me to my wonderful husband – who is, I might add, although excellent with kids also not interested in ever being a parent.

And to think I didn’t believe in fate…

[UPDATE: Since I think my January 2nd comment/reply got lost in the crazy huge number of comments on this post, I’m adding here as a postscript as well…]

When I checked email on my BlackBerry this morning, I saw a note from WordPress saying that my post had been featured on their homepage. I thought, “Huh, who reads the WordPress homepage?”

Apparently a lot of people.

As much as I’d love to reply to each and every one of you who have taken the time to read my ramblings (the stuff I didn’t think anyone would see, let alone pay attention to), it would take me forever with all of the comments that are here. So, to the vast majority of you who have either agreed with me or at least appreciated my choice, I say thanks. I’m glad I was able to articulate something that resonated with so many people. I knew I wasn’t alone on this one. 🙂

To those who left questions about my age, whether I have pets, what would happen if my husband were to change his mind, or whether I’d considered that if my ancestors had made a similar decision I wouldn’t be here to “muse” on my blog, I say this:

I had individual responses worked up for every single one of you as I was reading your questions, but in the end I decided that things like my age or the number of pets in my house are (a) none of your business and (b) have nothing to do with my decision to not have children. There is no requirement to procreate anymore, and we’re perfectly at peace with our decision to remain child-free (thanks to those who offered that term as a replacement for “childless,” I hadn’t heard that one before).

If, after reading this post, you left one of those comments, then I’m pretty confident there is nothing I could say in response to those questions that would make you think any differently about me or my choice than you do now. So why should I bother? If you feel differently about this topic, that’s fine – but that’s absolutely no reason to try to change my mind.

Y’know what I mean?

Thanks again, all, for reading – and commenting – and I hope you like the other stuff you find on the blog. I don’t write as frequently here as I’d like to, since I write for a living, but I’ll certainly try to keep you entertained. 😉

223 comments on “Childless By Choice”

It’s spring. The birds say so. 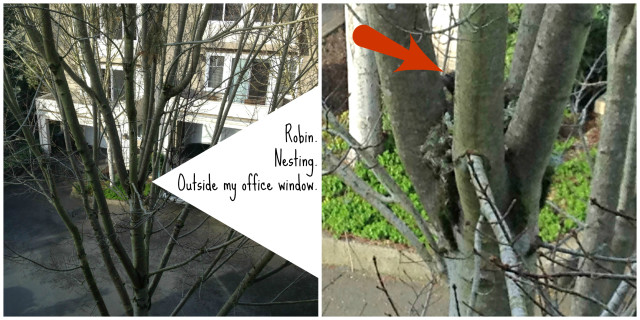 It’s spring. The birds say so.

Let Me Clarify
About Nothing