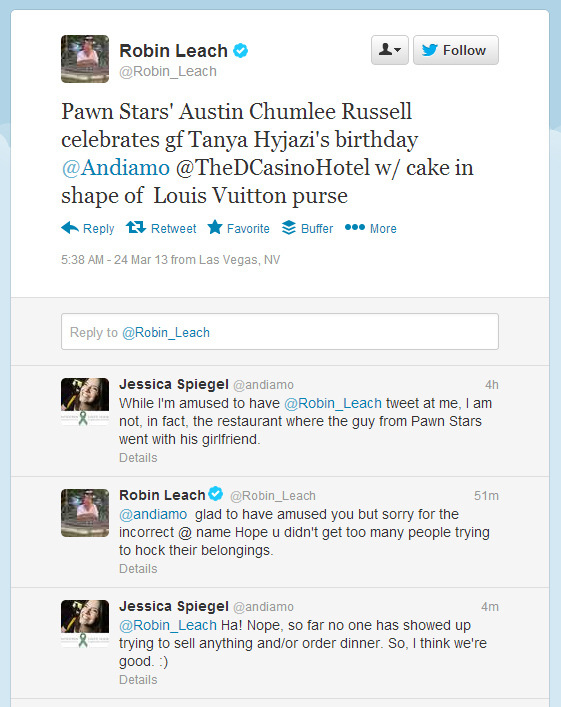 I woke up this morning to find that Robin Leach’s official Twitter account had sent me a message. Yes, that Robin Leach. Mister Lifestyles of the Rich and Famous, Mister “champagne wishes and caviar dreams.” And I am neither rich nor famous, indulging on neither champagne nor caviar on a regular basis.

So, yes, I was a little surprised – until I realized he’d made the same mistake other Twitter users all over the world have already made, thinking the @andiamo in my name is that of a restaurant or club.

In this case, apparently one of the guys from the Pawn Stars reality show took his girlfriend to a Las Vegas steakhouse for her birthday, which Robin Leach obviously felt was critical information to share with his followers:

It’s not surprising that there are multiple Italian restaurants called Andiamo, and tagging the wrong account is also not an uncommon Twitter error to make. I get so many messages from people at restaurants or night clubs called Andiamo that I’ve long since given up replying to each of them to tell them they’ve got the wrong Twitter account – but I couldn’t pass up replying to Mr. Leach this morning:

While I'm amused to have @Robin_Leach tweet at me, I am not, in fact, the restaurant where the guy from Pawn Stars went with his girlfriend.

I thought that was that. But if I was surprised to see the first message from Robin Leach, I was downright shocked to have him actually reply to me:

@andiamo glad to have amused you but sorry for the incorrect @ name Hope u didn't get too many people trying to hock their belongings.

So, today, Robin Leach and a mistake on Twitter have served to amuse me to no end. And that certainly isn’t what I was expecting from my Sunday.

Now, should I take this as a sign to have champagne and caviar for lunch? 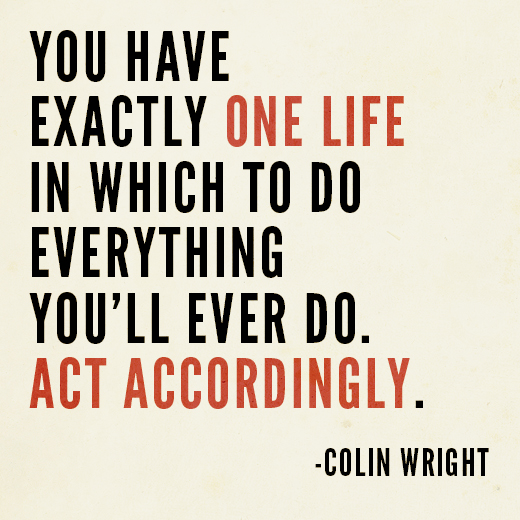 Childless By Choice
About Nothing