Like any good Type A personality, I treated my first food swap as a learning experience. And, boy, did I learn some stuff. 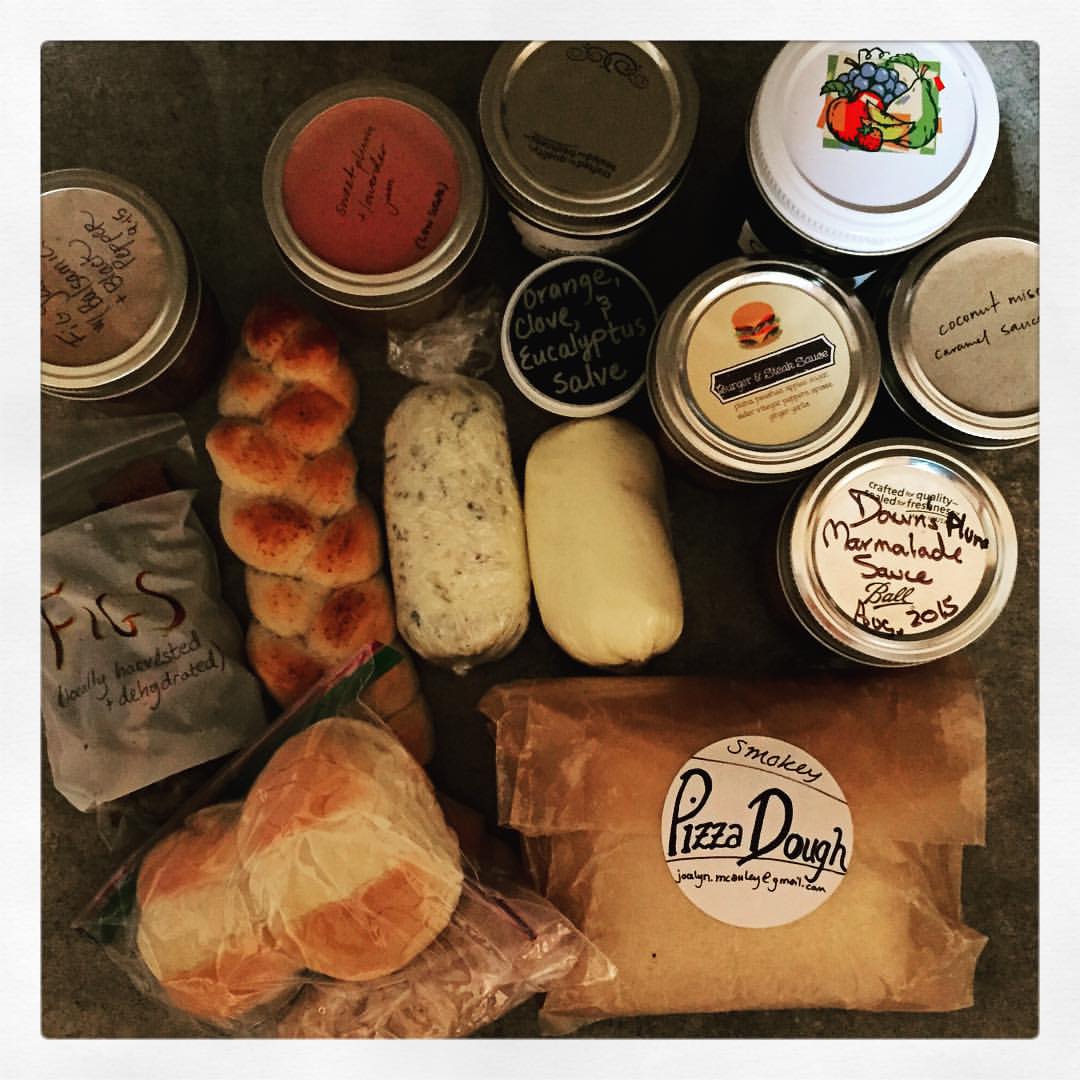 Just a few years ago, I was what I would call a foodie, but I actively avoided cooking. I lived with someone who loved to cook, and I was so deep in the middle of a depression that I wasn’t motivated to “play” in the kitchen. Today? Not only do I really enjoy cooking, I’m now inspired to expand my preserving repertoire.

This latest twist is thanks in large part to two things – an extremely productive garden (including the neighbor’s ignored fruit trees) and attending my first PDX Food Swap.

First, a bit of background on the food swap thing, since I got a lot of “huh?” on Facebook when I mentioned it.

I heard about the PDX Food Swap group from my friend Bethany, one of the co-founders. Participants register in advance and bring their homemade goodies to the swap, ready to trade with other swappers. It’s conducted sort of like a silent auction – you set out your stuff, then make the rounds seeing what everyone else has brought (sampling where people have thoughtfully allowed for this), and write your name (and what you’re offering to trade) on their swap sheets. After a period of time, you review the offers you’ve gotten on your own swap sheets, make any trades you’d like based on the list, and – if you’ve got leftover goods – circulate again to make any other trades you can.

After this summer’s bumper crop of figs, I made a huge batch of fig freezer jam and this extraordinary (and extraordinarily simple) fig coulis that’s a terrific sauce for poultry or pork. I signed up for the September food swap, designed some cutesy labels, and even clipped fig leaves to bring to the swap as part of the presentation.

I thought I would be styling.

The room was super crowded, I’m not even sure I got to see everything on offer during the time allotted, and then when I got back to my station to review my offers I had received only one. That was disappointing, to say the least, and the most disappointing part was that the sole offer was for the fig jam, not the fabulous fig coulis.

In the end, by carrying containers of fig coulis around the room (with some help from L, the 9-year-old) and explaining how wonderful it is, we managed to find enthusiastic new owners for every container of coulis we brought. We still ended up coming home with a lot of our own jam, however.

I want to be clear that I’m not in any way complaining. We traded for a great assortment of stuff, including two kinds of homemade butter and a coconut miso caramel sauce that is – I kid you not – one of the most interesting things I’ve tasted in ages. I also came away inspired and motivated to be ready for the next swap with something that might just mean my station is the crowded one.

With that in mind – and yeah, I admit there’s a little bit of my competitive side coming through – here are some of my takeaways from my first food swap.

4 Things I Learned from My First #PDXFoodSwap

Jam is basically entry-level food swapping, as it turns out. Since I didn’t cook much of anything a few years ago, the fact that I made a whopping huge batch of simple fig jam makes me proud – but it’s nothing compared to the homemade brie that had people salivating at the food swap.

Not all jams are created equally, however, so if you’re going to bring jams or jellies, you’d best make sure they are either made of something that’s nigh unto impossible to get around here or they’ve got a flavor twist that’s inventive and interesting. Case in point? We came home with a jar of fig absinthe jam that I’m in love with.

2. The name on the recipe might not be the name to stick with.

So, about that fig coulis. What the hell is coulis, anyway? A nondescript container of murky beige, umm, something with a fig on the label and a vague note that it’s good on chicken – this is not enough, I found out.

When we first started picking the neighbor’s figs last summer, I hunted for every interesting-looking fig recipe I could find on the internet, and the fig coulis was the biggest hit. It’s stupidly simple – figs, EVOO, and balsamic vinegar (salt and pepper added to taste), and it’s now our favorite thing to eat with chicken. Another swapper had made a fruit-based sauce to go with red meat, and the label for that said “Burger & Steak Sauce,” with a helpful image of a hamburger. If I ever bring the fig coulis again, I’m going to need a more descriptive name for it. And, perhaps, samples.

(Because, seriously, it’s so good, you guys.)

As I said, we were able to trade all the fig coulis at the end, but it wasn’t because of my cute fig leaf presentation or my good penmanship on my swap cards. It was because we walked up to other swappers and, extolling the virtues of the coulis, asked whether they wanted to trade some for one of their goodies.

When we were packing up, two of the organizers came over separately to say they really liked how we were doing active marketing. I hadn’t thought of it as marketing at the time, honestly, I was just eager to go home with fewer of our things and more of everyone else’s, but I suppose marketing is a good term for it.

And it turns out that although marketing might be key (especially if you don’t have the hot item of the night), it’s actually pretty challenging to do when you’re out sampling everyone else’s stuff and not at your own station to tell people what the hell coulis is while they’re standing right in front of you. Which brings me to…

4. Next time, I’mma make my own swap sheets.

Organizers send out a PDF of the swap sheets in case people want to fill them out in advance, which – naturally – I did (hello, firstborn over here). But, as I mentioned, since I wasn’t standing right there to answer questions or “sell” the idea of the coulis, it didn’t generate any interest on its own. I had to do that one-on-one after the initial session was over.

And that’s why, next time, I’m going to make my own swap sheets. Assuming I’ve got the time, that is, I’ll scan the official sheets and incorporate them into a one-pager about my goodies, so that I can still be there (sort of) to “sell” my stuff at the same time that I’m out seeing other stations and leaving my name on other people’s sheets.

Crazy over-preparation? Maybe. But I think it will let me focus on seeing and sampling everything else without constantly feeling like I need to check on my list or hover over anyone looking at my station.

No sooner had we walked out the door of the swap than we were already brainstorming what to bring to the next one in early December.

Maybe the boyfriend will get enough deer or even an elk this fall, and we’ll have game jerky. Maybe I’ll use some of his grandmother’s canned fruits to make my mother’s curried fruit recipe, always a favorite at the holidays. L is even excited about making her own contributions next time, so she can get whatever she wants (i.e. she’ll be the first in line for that big pound cake she was denied this time).

All in all, I’m calling it a success. And I’m really looking forward to the next one.

8 comments on “Things I Learned from My First #PDXFoodSwap” 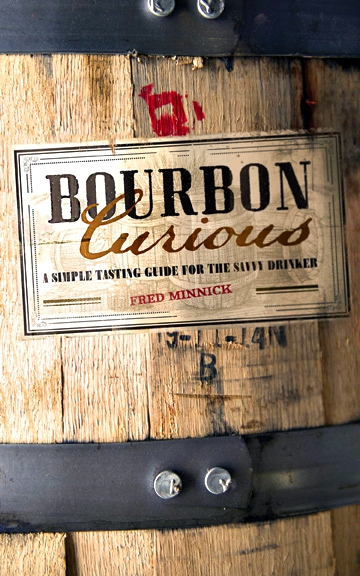 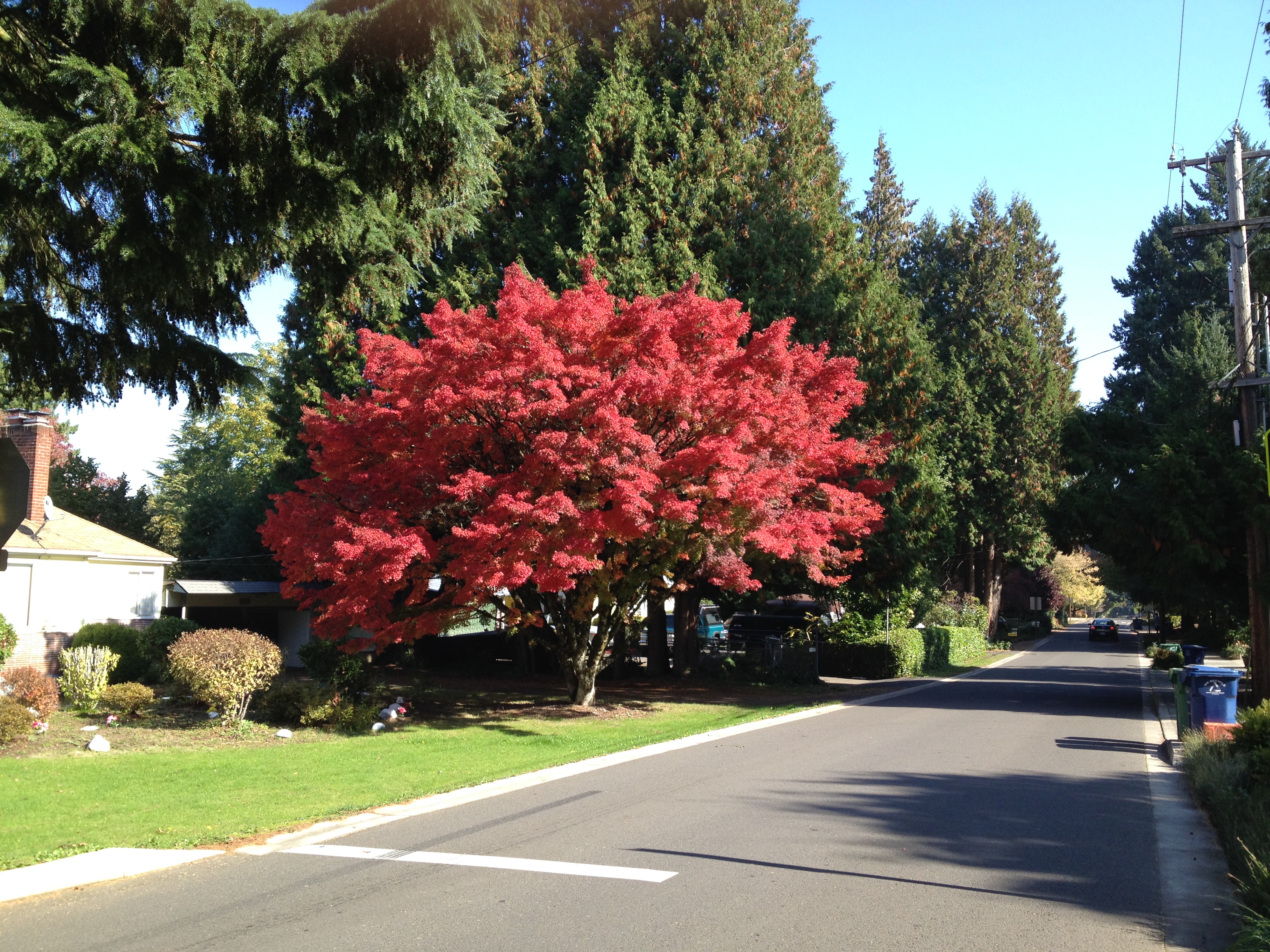 Rigatoni con Balsamico
About Nothing