Now that we’re past Halloween, “the holidays” are bearing down on us like a freight train. That is, as far as I’m concerned, a little bit good and a little bit bad.

I’ve always loved Thanksgiving – it is, by a long shot, my very favorite holiday of the year. It’s all about food (great food, too, if you’re eating at my mom’s house) and there’s no obligation to buy or give presents to people who, in all likelihood, don’t need whatever nicknack you’ve gift-wrapped for them. The biggest part of my affection for Thanksgiving is that it’s about getting together with some of the people I love most in the world. The TV might be on in the other room for part of the day because of some football game, but the vast majority of the time is spent sitting around a table surrounded by people I love, breaking bread and sharing wine with them and enjoying conversation that is always wonderful. Always.

Christmas, however, has lost much of its lustre for me.

We’re coming up on two years since my dad died, four days before Christmas in 2007. I joked at the time (well, soon after) that was so typical of a Jew, to die at Christmastime. (For those who never met my dad, rest assured he’d have laughed his ass off at that. He had the best sense of humor on earth, bar none, and luckily my brothers and I all inherited it.)

That year it was devastatingly difficult to get through “the holidays,” for understandable reasons. Last year, I knew the first anniversary would be tough. But I wasn’t anticipating that the first time I heard Christmas carols in the grocery store that I’d actually get pissed off. What business, I almost thought, does anyone have being so fucking jolly when I and my family have to remember our loss?

I got through “the holidays” last year almost through gritted teeth.

This year, I’m just not sure what to expect. I haven’t heard any Christmas carols yet, but I’m sure it’s just a matter of time, and I don’t know how I’ll react when I do hear it. I’ve had vague thoughts that I should start putting together a Christmas letter this year, which is something I haven’t done since Dad died. I don’t know if I’ll actually get around to it, and have also thought that maybe I should send out a yearly update in (let’s say) March or April just to get it away from a time of year that I just don’t like very much anymore. Because it’s not the newsletter I don’t like – I loved putting that thing together every year – it’s just now I can’t think of anything but depressing shit to put in it at the time of year when you’re “supposed to” send those things out.

I guess the bottom line is that I’m still adjusting to what life is like since Dad died. You always hear the first year is the toughest, and so far I can attest to that being true, but it’s not like the second year gets exponentially easier or that I ever expect there to be a year when I feel like everything’s back to normal. I may never like Christmas music again, or feel happy around “the holidays.” I have no idea.

I’m just glad – and this one’s for you, Dad – he didn’t die at Thanksgiving. I never would have forgiven him for that one.

9 comments on “Why I May Never Like Christmas Again” 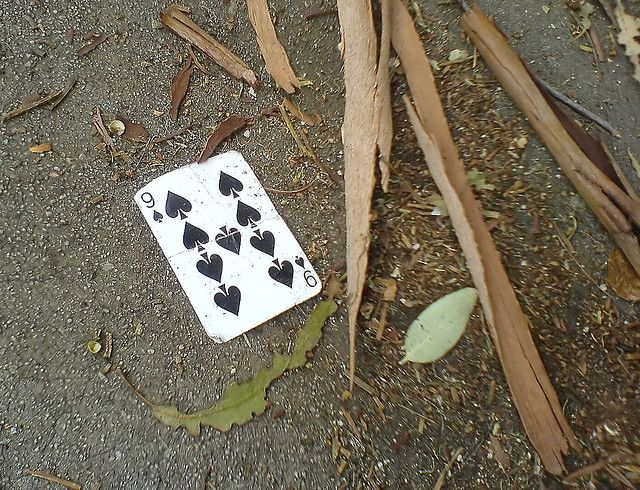 Childless By Choice
About Nothing

And how’s this going to go?
About

And how’s this going to go?